The impact of Solar Panel Prices in India 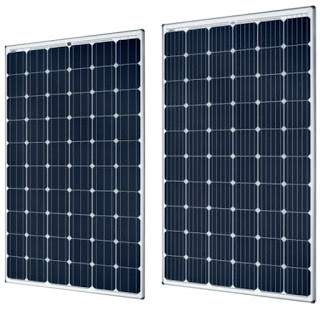 The impact of Solar Panel Prices in India

Solar panel prices are measured in cents or dollars per watt. As of early 2016, the current retail prices for solar panels typically range from ₹35 /watt to more than ₹70 for HIT panels . The difference in pricing is largely due to two factors – the type of solar module and the brand name. It is important to stress that the prices just mentioned are for the panels only. They do not include other costs involved with going solar.

Research into the largest, most reputable solar panel brands shows that they have very comparable pricing. This is simply due to the fact that the materials and manufacturing processes among solar companies are quite similar. There are a few companies that charge an extra rupees per watt on average for a slightly more efficient product. This can equate to an extra rupees per install. 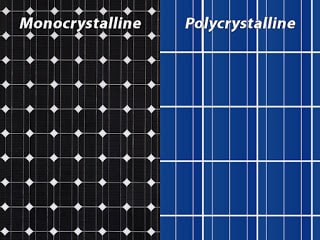 As previously mentioned, one of the main factors in solar panel pricing has to do with the type of solar cell technology being implemented. The two types of solar panels that are used in a very high majority of installs are mono crystalline and poly crystalline. As the name implies, mono crystalline is made from single crystal silicon. This process is more expensive yet results in higher efficiency levels. On the other hand, poly crystalline solar cells are made by combining multiple silicon crystals. This technology is cheaper yet results in slightly lower efficiency levels. Poly crystalline solar modules currently hold the majority market share. Pricing differences can be quite a few cents per watt. While more expensive, mono crystalline panels can make up this difference by providing more energy over their useful lifetimes.

The price of solar panels have dropped dramatically since the industry’s inception in the 1970’s. They have decreased by two orders of magnitude, from about ₹ 120/watt to ₹ 35 on the low end. It is no wonder that the solar industry did not take hold decades ago when solar was 100 times more expensive. Of course, the story of the change in solar pricing is not over. There’s bound to be further changes in solar panel price trends. For more pricing information, look into the current solar panel price per watt.

To sum up, solar panel prices have seen incredible price reductions in the past few decades. We’ve reached a point where the market has matured considerably. A very common retail price for solar panels is around ₹35/watt. Wholesale solar pricing does not have much room to fall. It can also be argued that the strength and weaknesses between the two primary types of solar panels offset each other over time. Specific solar branding is also not as important as the technology often resembles that of many different commodities.