What are the basic components of rooftop Solar power plant? 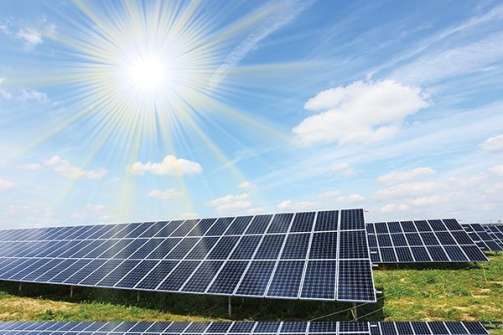 What are the basic components of rooftop Solar power plant?

The technology that makes residential solar power possible is fairly simple. It basically consists of photovoltaic and the equipment needed for a grid-tied solar electric system.

Photovoltaic is the technology that makes this wonderful source of energy possible. While the technology has been around for more than a century, it has only been in recent decades that it has become both efficient enough and cost effective. New breakthroughs always seem to be right around the corner. However, the fact is that solar power is ready for mass adoption right now.

In all probability, all your household appliances and gadgets run on the electricity that you get from the state run electricity grid which can be unreliable and also a cause of pollution and environmental damage. Wouldn’t it be wonderful if you could have your own source of generating electricity, with the added bonus of reducing your carbon footprint?. Solar power can provide you with those benefits, and now it is possible for you as a household to harness the power of the sun.

Given India’s geographical location, there is ample sunlight all year long. According to a report, about 5,000 trillion kWh per year energy is experienced over India’s land area with most parts receiving 4-7 kWh per sq. m per day. Tapping into this potential, India has earned itself the title of being the fastest developing solar power industry globally, while also boasting of being the lowest cost producer of solar power in the world. With the government is working towards establishing solar power as a primary source of energy, there are various schemes that have been launched to encourage the domestic use of solar power.

Most of us first think of Solar Panels  when solar power comes to mind. After all, this is what we see on the rooftops of Solar power plant owners that have adopted this energy source. Although there are quite a few different types and manufacturers, they are quite similar in basic function. Future technology promises less space needed on roofs as overall solar cell efficiency improves.

A solar inverter, or converter or PV inverter, converts the variable direct current (DC) output of a photovoltaic (PV) solar panel into a utility frequency alternating current (AC) that can be fed into a commercial electrical grid or used by a local, off-grid electrical network. It is a critical balance of system (BOS)–component in a photovoltaic system, allowing the use of ordinary AC-powered equipment. Solar power inverters have special functions adapted for use with photovoltaic arrays, including maximum power point tracking and anti-islanding protection. 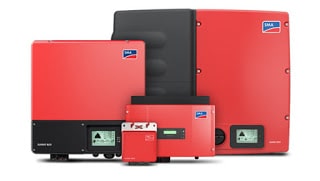