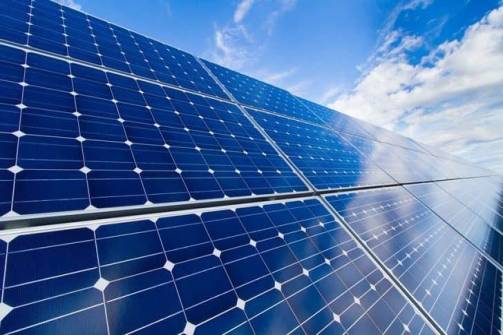 Maharashtra is the 3rd biggest state in India by size but currently ranks 8th in the list of top solar power contributing states. It evidently has ample potential to develop and increase its solar power production capacity.

The state has revised and updated its solar policy to meet this target.

Highlights of the Current Solar power policy of Maharashtra:

Maharashtra has set a target of generating additional grid-connected solar power capacity of 7500 MW by 2019. Of this, 2500 MW would be generated as a public-private partnership with MAHAGENCO (Maharashtra State Power Generation Company Ltd, formerly known as the MSEB). The remaining 5000MW solar power projects will be tendered to other developers.

10% of the target planned to be developed using public-private partnership will be implemented at public spaces along water bodies belonging to the Water Resources Department and local government bodies like lakes, canals, channels and so on.

The electricity developed using this mode will be used for fulfilling the RGO (Revenue Generation Obligation) of the MAHAGENCO, and the tariff will be fixed by the MERC.

The Public Private Partnership can also be carried in the form of solar parks. Solar parks will be installed in townships, industrial areas, and warehouse zones, wherever location is available. Departments like the Water Resources department, Metro or Public Transport department can partner with MAHAGENCO to build solar parks.

The electricity generated from solar parks will be sold to distribution licensees via competitive bidding, or for third-party sale, or captive purposes both within and outside the state. Projects developed as solar parks should have a minimum solar capacity of 1MW or more.

Private investors can also build independent solar parks in the state. If a solar installation project has a target capacity of less than 1 MW, it can be developed if several projects of minimum 250 kW capacity are combined.

The MSEDCL is in charge of providing grid connectivity to these smaller projects if the overall combined capacity exceeds 1 MW.

The project developer should procure the land required for private solar parks. However, the private investor can approach the respective district collector to grant government wastelands on a leasehold basis.

Maharashtra provides a net metering system for domestic solar rooftops. The size of the solar system determines the voltage level that will be fed into the grid, and the MSEDCL (Maharashtra State Electricity Distribution Co. Ltd.) is in charge of the application processing for Net Metering.

Maharashtra – Finding its Place in the Sun

Geographically located in an area which receives plenty of sunshine nearly 250 to 300 days of the year, with average radiation of up to 4 to 6 kWh per sq.m, the state of Maharashtra is poised to find its place in the sun.

The favourable solar policies of the Central Government further support Maharashtra’s solar industry helping it emerge as one of the leading solar power producers in the country.

Solar training – The first step to a career in solar energy
Solar ,